The new organization didn’t have any rodeos planned, but the FFA chapters of Kennewick, Pasco, Walla Walla and Yakima were sponsoring rodeos with the Ephrata chapter set to hold the state finals rodeo. It was decided to make these FFA rodeos into Washington State High School Rodeos. The Championship Finals Rodeo was held in Moses Lake May 7-8, 1971 with the Ephrata FFA chapter as the sponsor. A total of 88 students competed in the boys events of Bareback Riding, Saddle Bronc Riding, Bull Riding, Calf Roping, Dally Team Roping, Cow Cutting and Steer Wrestling. For the girls there was a Queen Contest, Pole Bending, Breakaway Roping, Barrel Racing, Cow Cutting, Goat Tying and Dally Team Roping. The All Around Boys Champion was Jim Parvin, and Joyce Fuller of Clarkston won the Girls All Around Championship. The first WSHSRA Queen was Joyce Sherwood of Moses Lake.

The state finals rodeo was moved to Walla Walla and went from a three day show to four days of high school rodeo action. The crowds were pleased with the outstanding Kelsey and McLean Rodeo stock, as well as the enthusiasm and sportsmanship displayed by the 182 students competing in the largest state finals rodeo to date. Terrie White of Selah was chosen as the new WSHSRA Queen. Gerald Bruhn of Port Orchard was the Boys All Around winner with Connie Fletcher of Dayton winning the Girls All Around title. The Whitman County High School Rodeo Club (Colfax, Pullman, Lacrosse and St John High Schools) won the team trophy.

Tomah, Wisconsin was the destination of the 34 Washington students who qualified for the National High School Rodeo Finals. Jim Davis of Chehalis was elected NHSRA Student President, and Connie Fletcher won the first place saddle in pole bending and second place in the barrel racing.

The annual meeting of the WSHSRA was held in Yakima at the end of September 1974 with Dick Powers being elected President and Dave Odenrider of Puyallup as the new Vice President. All other officers were retained for the following year. The new Student President was Jim Davis, Chehalis, Mitch Hutchinson of Walla Walla was elected Student Vice President, and Pam Maiden of Walla Walla was the new Student Secretary.

WSHSRA says “Thank you” to the following, for their generous sponsorship! 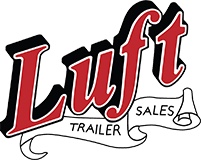